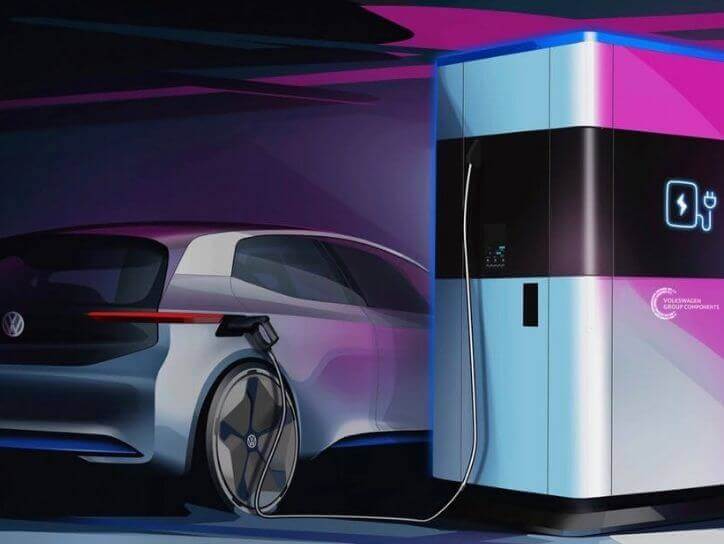 Let me guess! You love electric cars, aren’t you?

Well, I’m a BIG fan of EVs and also supports the mission green.
Have you ever thought?

The gasoline vehicle you are driving today may not be available in future which, according to me, is good for the next-generation commuters.

There are many reasons to upgrade your gasoline vehicles form electric. No doubt, electric cars are the future. Wait before you start looking for yours, here are some facts about electric cars that you should know. Let’s go, shall we?

1. The first electric car in the world was introduced by Thomas Parker

Yes, you heard absolutely right, even before Ford’s iconic Model T. Thomas Parker, an electrical engineer, had built the world’s first production electric car in 1884. He designed and crafted the whole car in London. The industrialist had used simple wooden frame bolted with an electric motor and specially designed high-performance batteries which off-course can be recharged.

Since there was no modern suspension, the electric car was placed on the wheels through a leaf-spring mechanism. In terms of features, it had an open-top roof, 3-wheel steering. And guess what? The electric cars had a top speed of 25 mph.

2. Electric cars are not environment-friendly*

That’s true. The electric car has small carbon footprints than gasoline-powered cars. Let me explain it to you! Electric cars don’t emit pollution directly to the road. The electricity you use to charge any electric vehicle is taken from power plants which use fossil fuels to churn energy into electricity.

Hence proves that electric vehicles do emit carbon in their life-cycle. However, it can be lower to a negligible number if electricity can be produced from a renewable source like wind or solar power.

There are numerous advantages of Electric cars. One of them is that they used fewer components as compared to a gasoline car. An IC engine uses different types of moving components which usually get worn after some time.

Whereas in case of an electric vehicle, it has a pair of electric motors with transmission and a set battery cells come fitted beneath the centre of the floor. Matter on electric car facts, a gasoline engine is not more than a combination of several components bolted into a block.

This is a game-changer in the field of the Automotive Industry. “Once you get inside, I can bet that you will love the silence cabin. That too without any kind of vibration”.

Compare to gasoline vehicles which use more mechanical components, EVs run on electric motors which are almost silent while running on roads. The max sound you will hear it the fans noise. Isn’t amazing?

Electric cars are not going to take the market by storm, but it’s going to be a gradual improvement – Carlos Ghosn

Also, I stumbled to a research study which proves that EVs has the potential to reduce the noise pollution from roads by 2022. This is amazing, isn’t? Just Imagine you are standing on a red light and there is no sound or even heat coming from the engines from all vehicles. That’s the power of electric.

Yes, you just need to connect the vehicle to the fast charger and grab a cup of coffee next to the charging station. Usually, a DC fast charging system takes 30 to 45 minutes to recharge the battery up to 80%.

In case of charging at home, you can plug it in the normal power source. This will take normal charging time of 9 to 12 hours until full.

6. China is the biggest market for Electric cars

This is one of the interesting facts about electric cars. But why China, not the USA or any other country? Reasons are many!

First, one can consider, they have population. Yes, largest on the planet Earth. Second, electric cars need advanced infrastructure. This includes special charging stations, better roads and not the least, manufacturing cost.

No surprise, China is known for all of the mentioned qualities with ease of doing business too.

7. Nissan Leaf is the most successful EV in the world

Yes, not just successful. The manufacturer has sold over 400,000 units by March 2019 globally. The small electric car was introduced in December 2010. Up until, the car has won more than 3 International awards which include the 2010 Green Car Vision Award, 2011 European Car of the Year and etc.

Electric cars aren’t pollution-free; they do emit carbon in their life-cycle.

8. They are easy to maintain & drive.

There are several benefits to own an electric car. No more standing in fuel station queue, no more expensive maintenance, fuel cost is not a matter anymore, drive with ease (no clutch, no transmission, and no noise), no worries about fuel efficiency and the list goes on!

9. ORA R1 is the cheapest electric car in the world

ORA R1 is one of the affordable electric cars in the world. The cheapest EV has been manufactured by Great Wall Motors, a Chinese automobile manufacturer headquartered in Baoding, China.

10. Tesla Model S is the longest range electric car in the world

Tesla Motors launched this all-electric five-door grand tourer on June 22, 2012. The manufacturer offers Model S in different variants in which the Long Range offers an excellent driving range of 370 miles (600 km approx.). It uses the 100 kWh battery back and known as one of the most efficient electric cars in the world.

Battery Electric Vehicles (BEV): They are rechargeable EV that offers an average drive of 100 to 200 miles/charge.

Plug-in Hybrid Electric Vehicle (PHEV): PHEV uses electric motor & IC engine at the same time. You can recharge the batteries via an external power source. They offer a driving range of 30 to 40 miles/charge.

Hybrid Electric Vehicles (HEV): HEV is a combination of electric and IC engine. Batteries get charged with the help IC engine or regenerative braking system. On HEV mode, they can speed up to 40mph.

So, I hope you liked the list of facts about electric cars. Do post your comments below!

Isn’t amazing? Just press the pedal and you will an instant surge of power! Well, thanks to the powerful electric motors and an instant source of energy. The electric car accelerates quicker than any gasoline-powered car.

They get maximum power & torque from the start and go up to the max. limit without getting any kind of lag. For instance: Volkswagen I.D. R sprints 0 to 100 km/h in just 2.25 seconds.

Hope you liked these interesting facts about electric cars. In case of any missout, please let me know in the comment section. I will appreciate your efforts.

How far can an electric car go on a full charge?

It depends. Electric cars are powered by lithium-ion batteries as a prime energy source. More power source means more drive range. As of now, Tesla Model S is the longest range electric car in the world.

Will the electric car take over?

No doubt, the world is changing! Automobiles manufacturers are coming with more sustainable and long-range EVs. That’s not all, everybody is thinking about the environment first. So, I’m pretty sure by 2025 you won’t be able to see any gasoline vehicles.

Do electric cars cause pollution?

The energy source you use to charge your EV comes from a power plant that burns fossil fuels to generate electricity. So, not directly, but EV has minor footprints of carbon to the environment.

What is the best electric car to buy?

There is no obvious answer. It depends on the budget and type of EV you want. There are a bunch of EV manufacturers, make a choice (seating capacity, features, and etc.) of things you will be needed in your EV, filter it according to the budget and pick the best.